Mostafa Azimitabar, a Kurdish asylum seeker who has spent four years in the notorious Manus Island Detention Centre has recorded a song about his experiences.

Mostafa, or 'Moz', recorded the vocals on a mobile phone, as well as footage for the accompanying music videos. As part of Julian Burnside's asylum letter writing project Moz was put into contact with a group of Australian musicians who helped turn the vocals into a complete orchestral hip-hop track which was released on Wednesdday 30th August as part of the Queensland Poetry Festival's Through the Wire event.

The process of collaboration between Moz and the musicians was headed up by Dr Emma O'Brien, a specialist in collaborative song-writing. 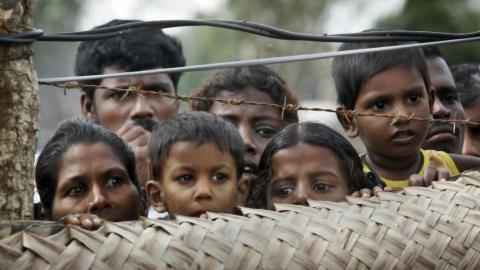 Saturday 1:00pm to 1:30pm
Can you imagine what it would be like to have to flee terror in your own country, spend days or weeks in a leaky boat on dangerous, rolling seas ready to swallow you at any moment, and then arrive in a new country, where you are terrorised even more?

Refugee Radio - Refugees on the Belarus and Polish border