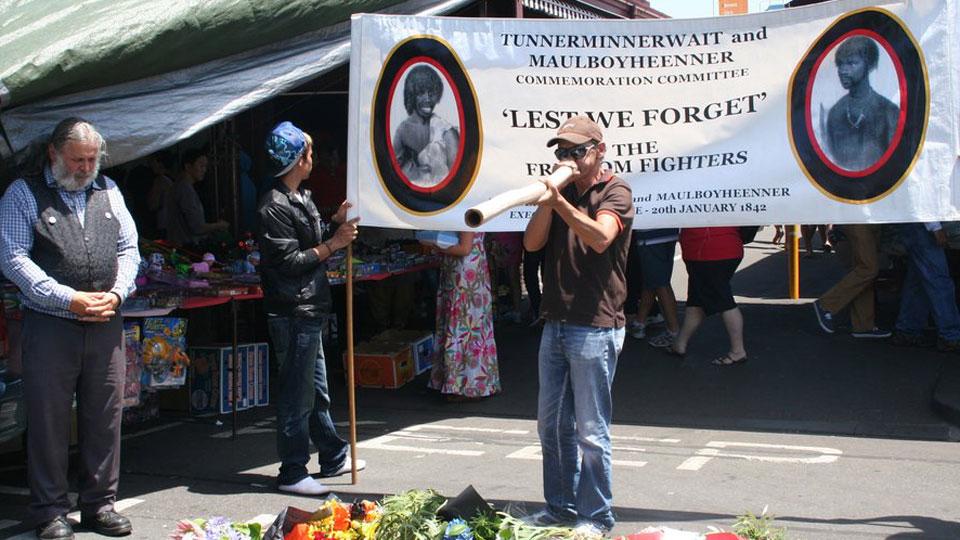 This year marks the 173rd anniversary of the execution of the two Freedom Fighters: Tunnerminnerwait & Maulboyheenner. They were executed on 20 January 1842 on the corner of Bowen & Franklin Streets Melbourne. 3CR will again be broadcasting the commemoration LIVE on Tuesday 20 January from 12 - 1pm on 855AM, digital and streaming. There will be special guest speakers hosted by Joe Toscano from Anarchist World This Week, plus a short open mic session. After the broadcast, the commemoration will walk silently from the execution site to their last resting place at the eastern end of the northern wall that divides Melbourne's Queen Victoria Markets, to acknowledge their just struggle (please bring flowers). So listen in, or come along and be part of the commemoration and broadcast. Listen Here The broadcast took place during the first hour of Music Sans Frontieres