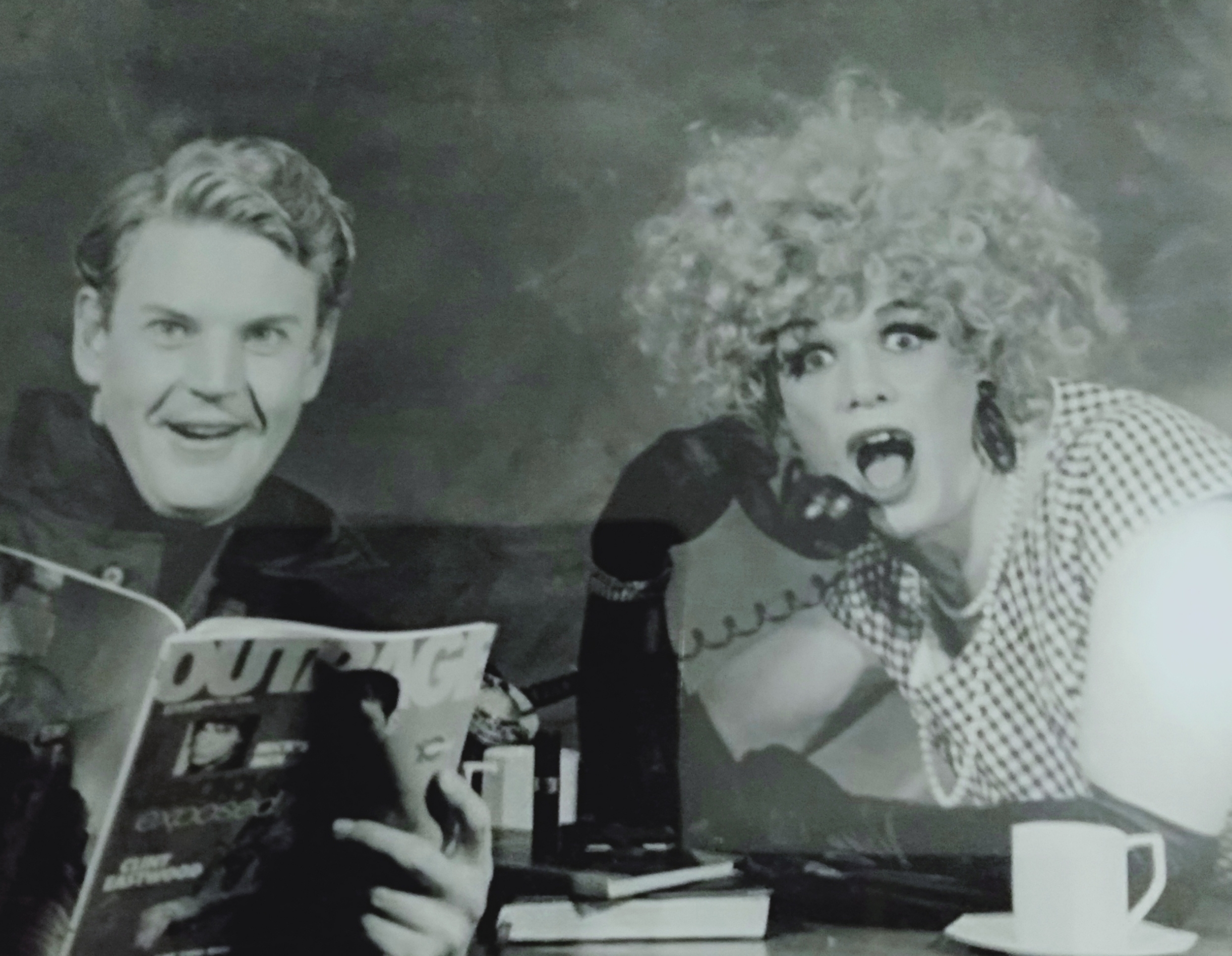 In 1993 to '95, the People Living with AIDS Radio Working Group produced a satirical drama series at 3CR, called Absolutely Positively Everything. The cast were all volunteers at the Positive Living Centre when it was in Acland Street, St Kilda, here in Melbourne.  To celebrate the twenty-five year anniversary of its completion, 3CR broadcast a condensed version of the series in one episode on In Ya Face and re-packaged it in this podcast.

The series was produced when HIV/AIDS treatments were much less advanced than they are today and many of the drama's cast are no longer with us.  We celebrate their lives and their theatrical legacies with this fabulous drama.  Pictured are two of the series' late great stars: Gerry Murtagh, who played Todd, and Brian Roberts, who played Baby Jane.

Special thanks to Peter Davis, the original producer of the series, who has also produced the condensed version for us all to enjoy.

The original series was recorded and broadcast on 3CR in 1993 and 1994 and ran for two hours and fifteen minutes. Additional production was done in 1995 when the popular series was re-broadcast by 3CR.  Includes adult themes and coarse language.