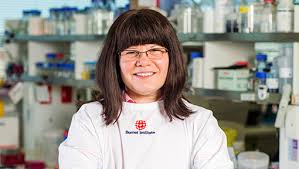 James speaks with Professor Gilda Tachedjian of Melbourne’s Burnet Institute, about what is scientifically behind reports of an HIV cure. We also discuss issues for women living with HIV and studies about injectable monthly HIV treatments and PrEP.

James speaks with Dr Denton Callander of the Kirby Institute, University of NSW, and University of New York, about his research focusing on male sex workers in Australia. We also discuss the unplanned component of this study - its inclusion of a sample of trans male and non-binary assigned male at birth sex workers, a world first.

James speaks with Jane Green of the VixenCollective, a sex work activist and sex worker peer support advocate, about a Melbourne tabloid newspaper’s inaccurate portrayal of sex work, how peer support for sex workers is unfunded, and the importance to push Victoria’s Health Minister Jenny Mikakos to place sex workers' rights on the agenda.