And this one's introduced by... Ian D. Marks introducing tracks from The Bone Folders album Too Many Angels and Not Enough Sky 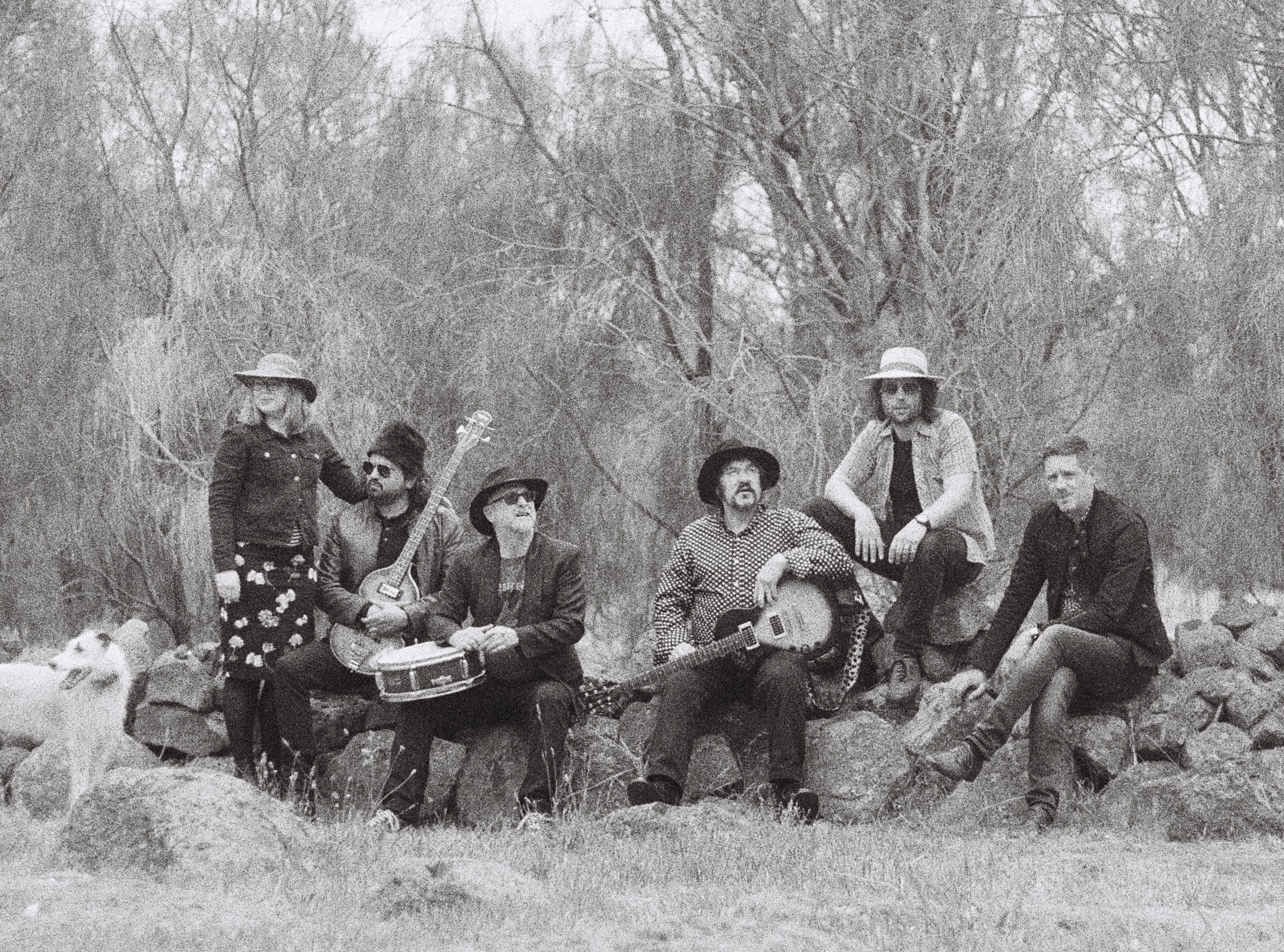 The Bone Folders are a six-piece Melbourne band who describe themselves as “poetic pub rockers”, with influences ranging from power pop to country, classic rock to psychedelia, garage punk to jangly folk pop — but with a strong emphasis on expressive lyrics.

Singer/songwriter/guitarist Ian D. Marks began playing music in the late 1980s, first in the ‘60s garage-influenced band Too Much Hair For the BBC and later in the more glam-rock orientated Feline Touch (who put out a couple of singles on the legendary PolyEster record label, before disbanding in 1991). Marks later turned his pen to writing about music instead, providing liner notes for several compilation CDs about Australian music of the 1960s and co-authoring a couple of books on the very same subject.

In early 2015 he met Scott Boydle (drummer with folk/alt- country band Taylor Project) and the pair formed the Bone Folders, as a two-piece guitar and drums outfit, and they soon became quite active on the inner-northern suburbs live circuit.

After three-and-a-half years as a duo, and having released two EPs and the full-length album Automatic Charm, they finally became a proper band collective with the addition of bassist Stephen Tighe and backing vocalist Holly Ellis.

In 2019, a second member of Taylor Project — lap steel guitarist and banjo-player Andrew Bonnici —joined the group, and the Bone Folders’ line-up was eventually consolidated with addition of rhythm guitarist Stefan Lafebre.

As with everybody else, the COVID-19 pandemic created chaos for the band and its label New Falconer Records, which was just beginning to flourish with some new names added to its roster. A Bone Folders/Taylor Project split vinyl single had its live launch cancelled within the second week of Melbourne’s very first lockdown and likewise, the Bone Folders were forced to quietly release their second album Too Many Angels and Not Enough Sky without any live fanfare. But now is the perfect time to re-explore that album track-by- track with vocalist and songwriter Ian D. Marks.

Please support the artists and checkout their Bandcamp page HERE

And This One's Introduced By... John Durr introduces the songs from his album Fading Rainbow Blues

And This One's Introduced By... Gary Hallenan & Glen Burns introduce the songs from the album A Comedy Of Horrors by Burn In Hell

And This One's Introduced By... Garry Gray introduces the songs from the album We Mainline Dreamers by Garry Gray & Edward Clayton-Jones

And This One's Introduced By... MJ Halloran introduces the songs from the album Woke Up And Seen My Reflection