And This One's Introduced By... Cam Butler introduces the songs from his album Solar 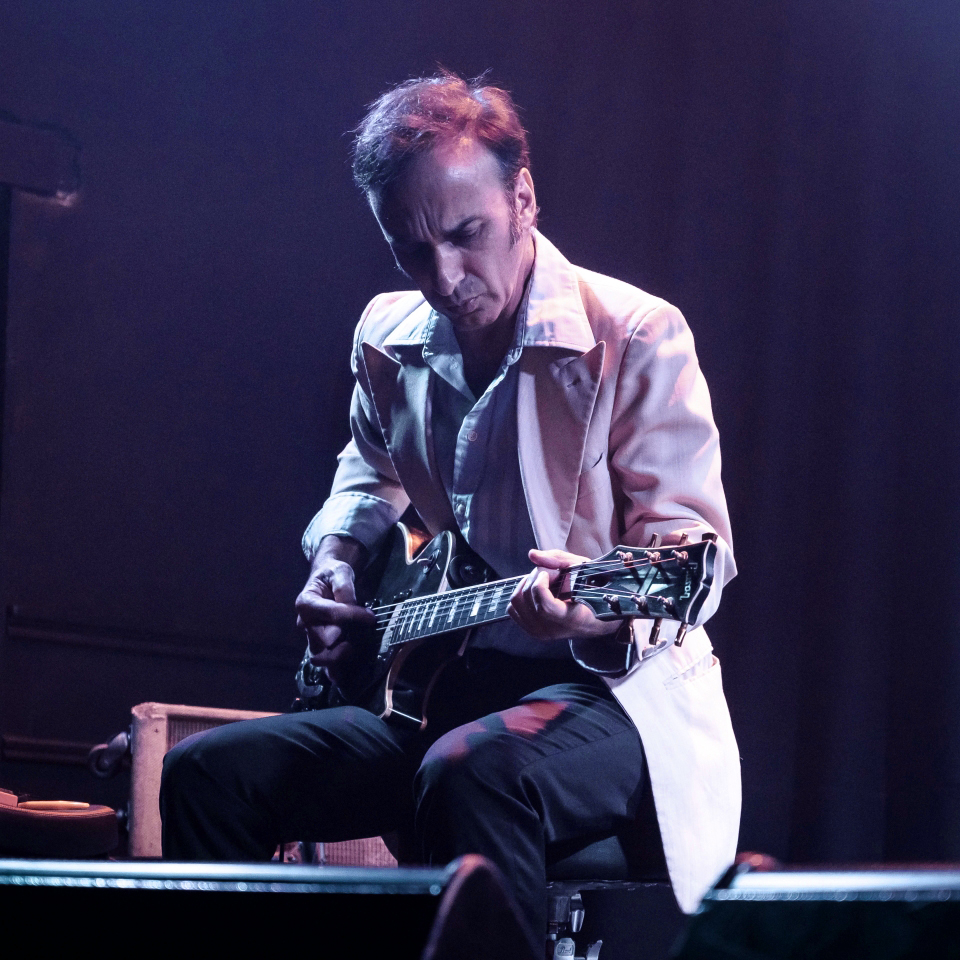 Cam Butler is a Melbourne-based composer, guitarist and producer who has been active for over twenty-five years in the Australian live and recording scene. Cam has developed a recognisable guitar and compositional sound that puts individuality and experimentation at its heart. He has released nine solo, instrumental albums which vary from guitar and synthetic soundscapes to works with string ensembles, both large and small. Cam has created a unique and genre-blending compositional approach; combining electric guitar and modern, classical string sections into a rich and sometimes otherworldly sound. This sound is primarily tonal, with a cinematic expression and sweeping melodies full of depth and emotion. He currently collaborates with the legendary vocalist, Ron S. Peno, performing and recording with the band, Ron S. Peno & The Superstitions. Since 2011, The Superstitions have released four albums and played extensively in Melbourne as well as touring France, Italy and Spain. Their albums 'Future Universe' (2011) and 'Guiding Light' (2017) were both long-listed for the Australian Music Prize.

His latest album 'Solar', is his 9th album through Melbourne label, Kasumuen Records and the most up-to-date work in this vein. He say's that he chose the name 'Solar' as it's a grand title with many connotations - the sun, solar power, a positive life force. The album is built around one main musical theme that re-occurs throughout the record. This theme is developed and presented in various musical settings across the album's eight tracks. These tracks range in sound from lush, synthetic soundscapes to live pieces featuring a string quartet and also a fourteen-piece string orchestra, combined with electric guitar, bass and percussion.  Cam says he aimed for all the pieces on 'Solar' to be exciting and enthralling in equal measure."

Hear Cam Butler  introduce his album "Solar" with Dr Gonzo  on And This One's Introduced By...

And This One's Introduced By... Cam Butler introduces the songs from his album Solar

And This One's Introduced By... Jack Howard introduces the songs from his album Lightheavyweight 2

And This One's Introduced By... Catherine McQuade introduces the songs from her 2nd solo album Kiss him goodbye

And this one's introduced by... Mick Medew from Mick Medew & Ursula introducing tracks from their album Love Is Calling