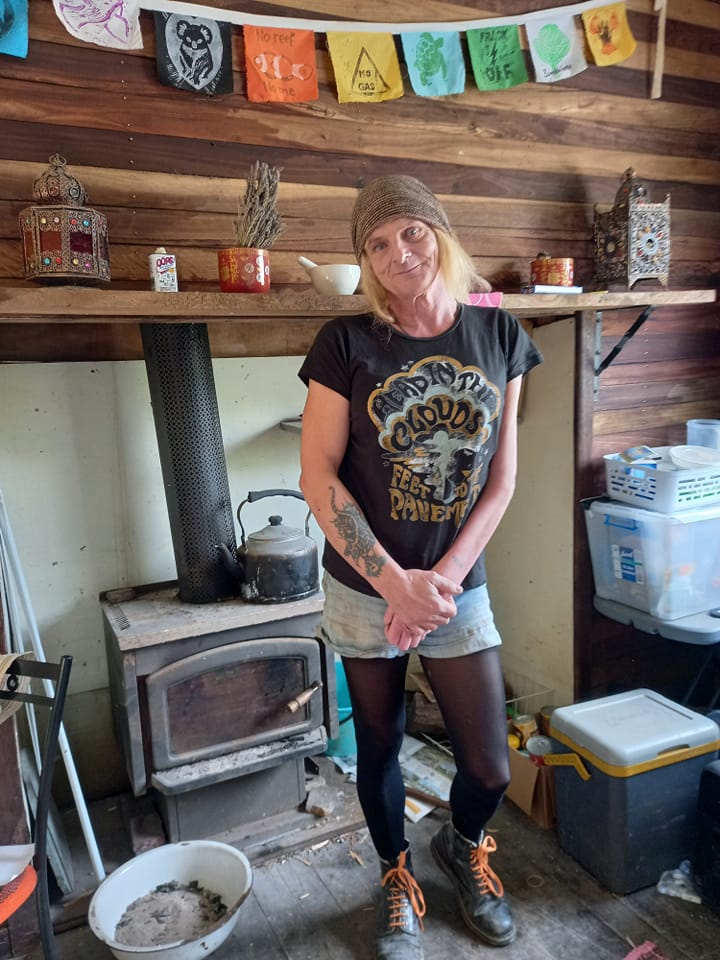 Dee Mould tells how she clambered  into a boat and rescued people through windows and from rooftops during the dark night the Lismore floodwater kept rising .

She lost almost all her things to the filthy flood water. To protest against government inaction to reduce CO2 and climate chaos, Dee travelled to Sydney and  dumped flood damaged possessions outside Scott Morrisons house .

Dee has found her activist community to be a key source of support as she first cleaned and rebuilt her own house,  and now helps others get a warmer home with the Insulate Lismore community project.

Contributions to Insulate Lismore can be made here: Fundraiser by Dee Mould : Insulate lismore (gofundme.com)

the track: "Ghosts of Rotting Ecosystems Haunt our Refuge ".

find them  on Bandcamp at : https://kryatjurr.bandcamp.com/album/unbearable-nightmares-of-heat-and-desertification

The lands of flooding rains

Birrarung: Stories of the River