What can we bring to the climate challenge ? 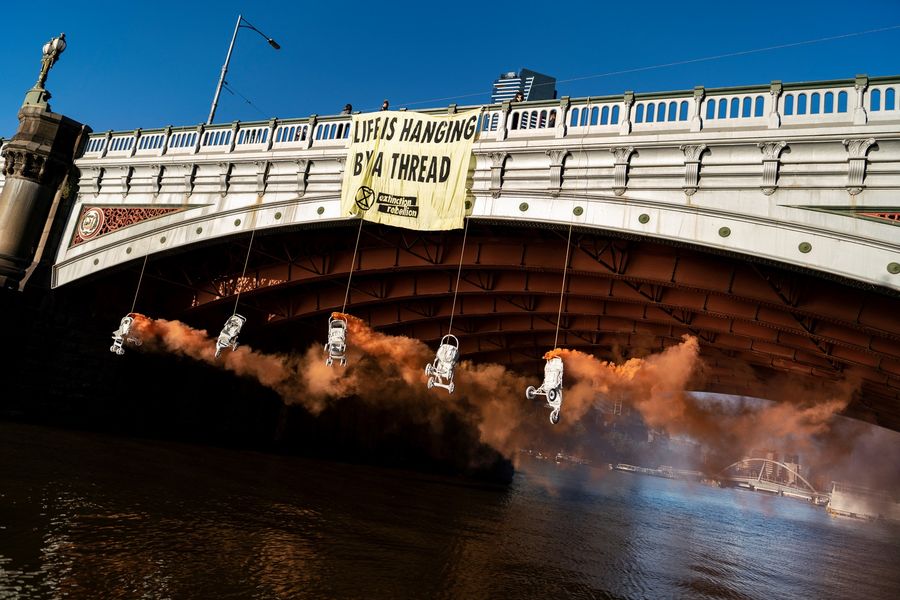 Jonica Newby author reading from her latest book Beyond Climate Grief: A journey of love, snow, fire and an enchanted beer can. She tells the story of a man left battling flames with two buckets as the houses in Mallacoota Victoria burned around him.

Caroline Le Couter: ex politician reflects on the role of theatrical actions as created by  Extinction rebellion on our city streets.

Songs of Disappearance, 53 of the rarest species in Australia that are on the brink of extinction. Anthony Albrecht, a PhD student at Charles Darwin University (CDU) and co-founder of The Bowerbird Collective, is part of a group of academics, musicians and conservationists that has created the album

“An Act of Bad Faith”

"The urgent plan  to restore our catchment  is the only way to reduce flood heights in Lismore."