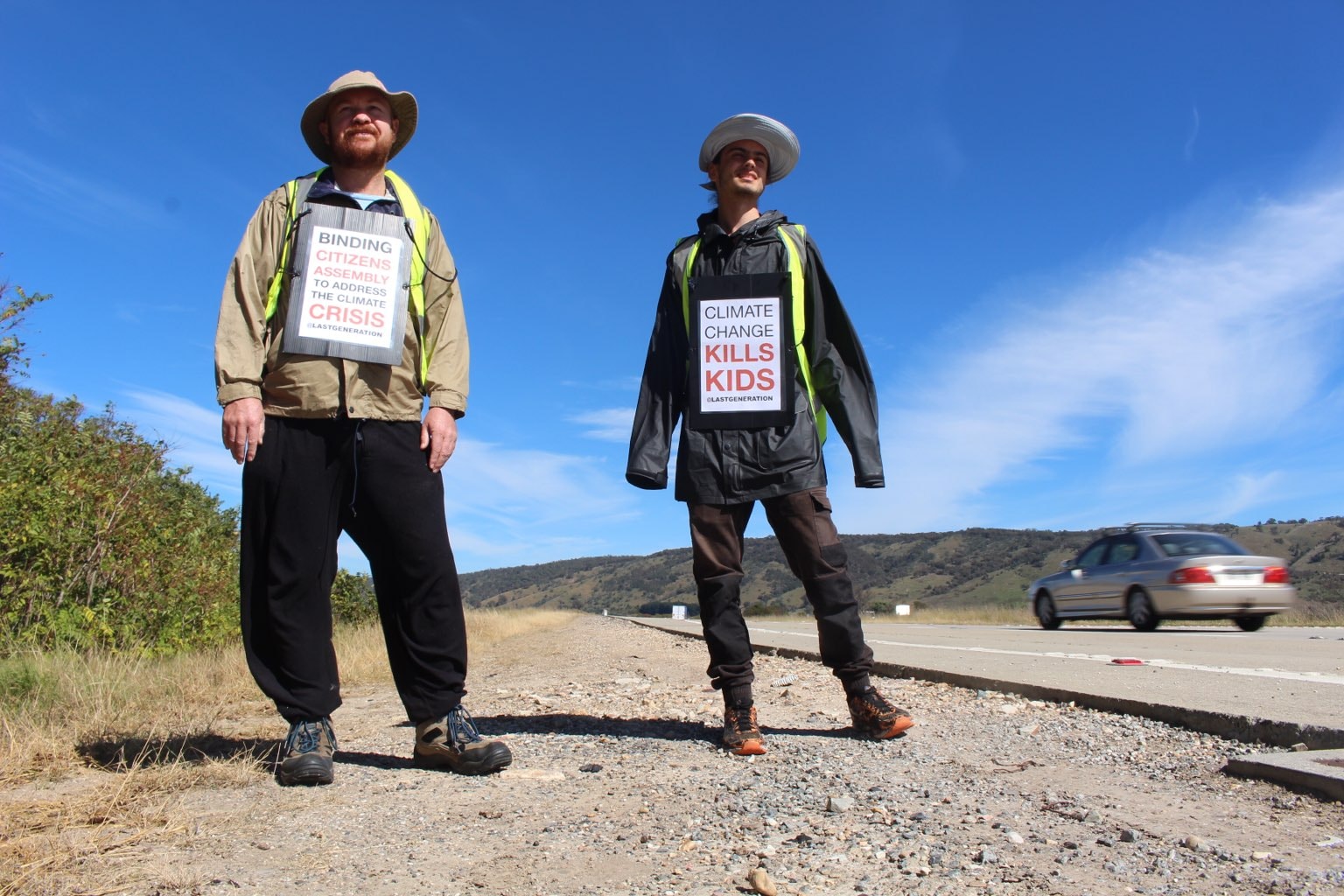 Sergei, Greg and The Treason March supporters are walking from Sydney to Canberra along the edge of the  Hume Highway. "

"  Climate Crisis: We Will Starve @LASTGENERATION "

They are calling on people to  join them in a future event  using non- violent civil disobedience to block the Hume Highway  that takes most traffic between the power hubs: Sydney and Canberra, to force the laggard Australian government to take urgent  action on climate change.

This Earth Matters reveals the values and motivation that would call  on people to block a highway.

It is important that the Australian people and government understand why many people  who are very concerned  about global warming impacts, including ecological and social collapse are now engaging  in non violent civil disobedience.

They are getting in harms way in order to stop a greater harmer.

"Its time to do something  because with 510 ppm equivalents of greenhouse gases in the atmosphere, 3 degrees of warming is locked  in, and  what is often omitted from the narrative of global warming is what that actually means.  That means our young people in the future will be rounded up and sent to war. What that  means is there is going to be mass migration  of people and unfarmable land to live on. What that means is social collapse. What that means is massive rape and slaughter of my generation,  the people that are alive today.

Its 2021  and the future they have been warning us about is here and its up to us to get it  the way of this death machine; which  of course is  non violent civil disobedience which involves arrest and prison.  This is called getting in harms way in order to stop a greater harmer. So  am calling on all young people to join me."

Isabell is organising with  Blockade Australia. She explains the urgent need to immediately avoid climate tipping points of no return. This urgency and her values led her to adopt climate activism as her work  in order to  act on what she knows is true and bring about the needed change.

Music: Andy Paine: Song: Your Mission, Album: The Politics of Possibility Find it on "Bandcamp"

News: Seriously ugly: here's how Australia will look if the world heats by 3°C this century (theconversation.com)

This weeks show  #1292 was produced by Bec Horridge