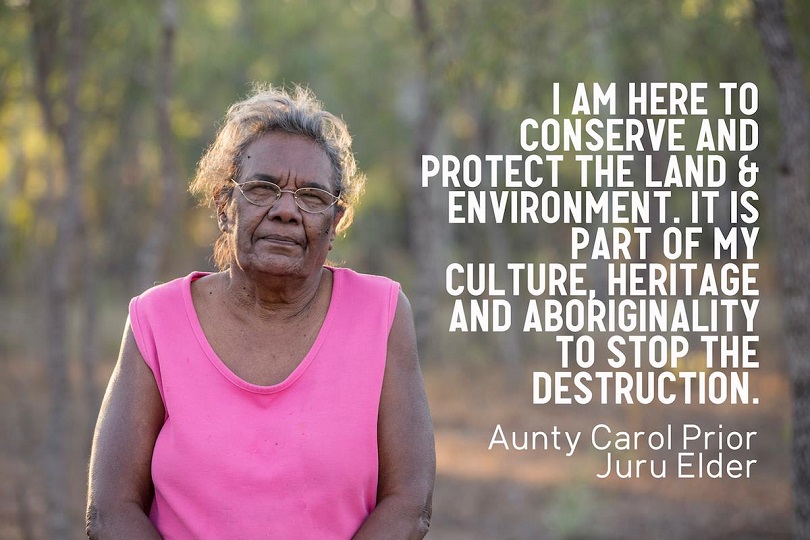 In June 2018 a federal court found that Adani  has  been negotiating with the wrong traditional owner group and that  the Juru people  not The Kyburra Munda Yalga Aboriginal Corporation are the correct group that Adani  should be negotiating with about cultural heritage at Abbott point where the company has its coal loading port.

Regardless of this  Adani has not allowed the Juru Traditional owners  to see the cultural heritage protection  work that Kyburra did, nor will Adani   grant the Juru access to their rock art, burial grounds, fish traps, ochre grounds and sacred sites to see if they are in fact protected.

Court documents  show the Kyburra Munda Yalga Aboriginal Corporation hid payments by Adani and payed  its own directors up to $1,000 a day cash  for cultural heritage assessments that are now invalidated.

Now the Juru have made a legal request for an order that will make Adani stop work.

Hear also direct from the frontline at the gates of the Abbott point terminal in QLD, near Bowen, where dozens of activists pledged to campain to Stop Adani, where Aunty Carol tried to deliver the pledges to Adani but was turned away, where a year later a hundred people sat blocking the road and near where Juliet and Cassie locked onto a rail line to stop the coal trains.

Beyond Coal and Gas Jamboree

See these articles in The Guardian-Australia: