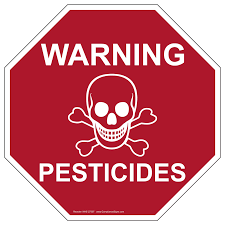 Pesticides are one of the most prevalent pollutants in our waterways and scientific studies show that minute amounts of some of the most commonly used chemicals can pose serious dangers to the health of people and the environment.

In Australia, very little is being done to detect and prevent contamination of waterways. In fact the Government is allowing importation and use of chemicals that have been banned in their country of origin.

On the 27th of September Friends of the Earth Australia released a report titled Pesticides in Australian Waterways Overview - "A Jigsaw with A Billion Missing Pieces" - a culmination of years of research and mapping of information by expert Anthony Amis.  Dr.Alison Bleaney from the Nation Toxics Network is also working to build awareness and action to stop these poisons destroying our most precious resource - water.