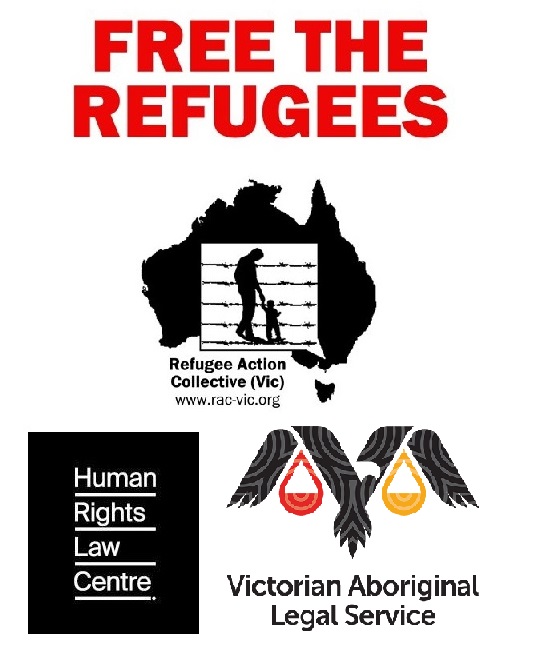 First up on the show, she interviews Chris Breen from the Refugee Action Collective, about the good, the bad and the ugly of the new Labor Government's policies regarding refugees and asylum seekers -- despite many hard-fought wins by on-the-ground refugee activism, and Labor's promise to provide permanent visas to those on temporary and SHEV visas, there is still a long way to go:

Labor's deterrent approach is currently neglecting the >10,000 people on bridging visas, Medevac refugees, children of families on Nauru, the 9,700 refugees already rejected by the fast-track system (and were not even allowed an interview), the number of people remaining in offshore detention, and those in Indonesia.

He discusses the contradictory attitude of this government who, on the same day of announcing the Murugappan family's return to Biloela in central QLD, turned their first boat back to Sri Lanka.

You can tell the Albanese government to do more by attending the rally ahead of world refugee day:
1pm June 18th, State Library of Victoria.

Later, Marisa speaks with Josephine Langbien, Senior Lawyer at the Human Rights Law Centre, about their recent media release:
"[We have] welcomed the appointment of Claire O'Neill as the Minister of Home Affairs and Andrew Giles as the Minister of Immigration, Citizenship and Multicultural Affairs and have called on them to take action to end a decade of cruelty against refugees and people seeking safety".

She discusses the years of cruelty, mistreatment and neglect that has been an intentional policy against people seeking safety and protection, and the opportunity this cabinet change offers to bring fairness and dignity to our refugee policy.

Josephine details the five specific steps the HRLC is hopeful the new government can address as priority areas for change:

Lastly, Marisa invites Nerita Waight, proud Yorta Yorta woman and CEO of the Victorian Aboriginal Legal Service, on the program.  Nerita has been with VALS for almost a decade and has a vast amount of experience as both a lawyer and a social justice advocate. She discusses the case challenging aged pension discrimination for Aboriginal and Torres Strait Islander people as it heads to Full Federal Court later this year.

She highlights the need for fair and equal access to benefits for Aboriginal people who commonly do not reach pension age by virtue of lower life expectancy. Until this life expectancy gap is properly addressed, Aboriginal people have the right to retire with dignity; she notes that this change would also improve economic participation, financial security and the overall wellbeing of people who can no longer work.

Marisa ends the program by reading a media release entitled Routine strip searching of children in Tasmanian jails to end.

Tune in next week for our Radiothon special program, and please donate if you can.

Commemorating the Myall Creek Massacre, another tragedy at Villawood, and JUST US prison newspaper