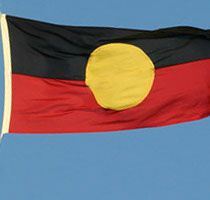 Marisa interviewed Uncle Jack Charles, well known First Nations actor about his newly discovered family, the lived experience of prison and his appearance on the Episode of "Who do you think you are", aired on sbs quite recently.

The second interview featured Andreea Lachsz, Head of Policy, Communications and Strategy, Victorian
Aboriginal Legal Service, about the Ombudsman's report and findings, into the Investigation into good practice when conducting prison
disciplinary hearings, asking the fundamental question did the report go far enough, especially in regards to people with disability, and Aboriginal and Torestrait Islander Peoples.


The third interview was with Megan Pearce, Managing Lawyer, Social Action and Public Interest Law,
Fitzroy Legal Service: continuing the discussion about the
Ombudsman's report. Megan also cited examples of complaints, and the flaws in regards to disciplinary hearthes, and the lack of oversight and transparency.