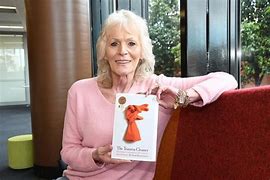 A transgender woman who was adopted into an abusive family, forced to live a malnourished life in a backyard shed and worked in brothels across Australia has found solace in the most unlikely of professions.

Sandra Pankhurst has worked as a trauma cleaner for more than two decades after noticing a void in the market after becoming one of Australia's first female funeral directors.

Sandra has accomplished a lot in her life, as some will know from reading "The Trauma Cleaner", Sandra has built Australia's largest and most successful trauma cleaning business. From small beginnings going on to become the highly successful company it is today Sandra believes that without the skills and inner strength she gained from her traumatic past she wouldn't have been able to achieve what she has.

The Trauma Cleaner has gone on to win the Victorian Premier's Literary Awards for 2018, this is the biggest book award in Victoria, as well as the ABIA award in 2018. The Trauma Cleaning has also gone on to sell in the USA and become an audio book.

Thursday 6:00pm to 6:30pm
Behind Closed Doors provides a safe space to explore the world of sex work on air. Our cultural diverse radio presenters are committed to diversity and inclusion, non-judgmental and non-discriminatory. We endeavour to uncover what the working lives of sex workers are really like.

16 Days of Activism Against Gender-Based Violence