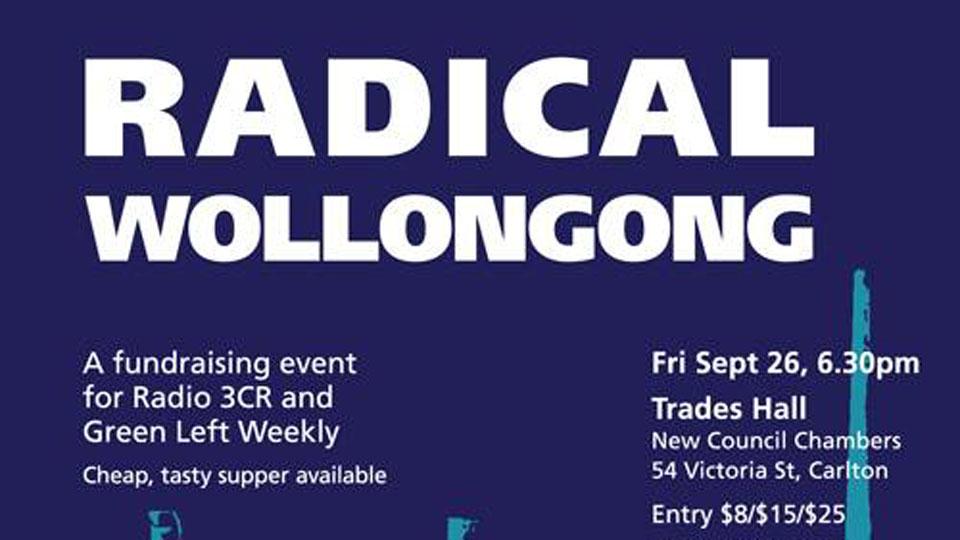 From strikes to community rallies, from work-ins to parliament occupation, it features activist participants from Wollongong's unemployed unions, communists forced to set up an underground organisation, the battle against 'Pig Iron Bob', and struggles for Aboriginal justice in the Illawarra. This is the action-packed, people-powered story of Radical Wollongong. You won't see this film anywhere else in Melbourne! Tickets at the door. Conc: $8 Full: $15 Solidarity: $20 Snacks and non-alcoholic drinks available for purchase. Thanks to Victorian Trades Hall Council for its support of the event.