Forty years of Jazz on a Saturday 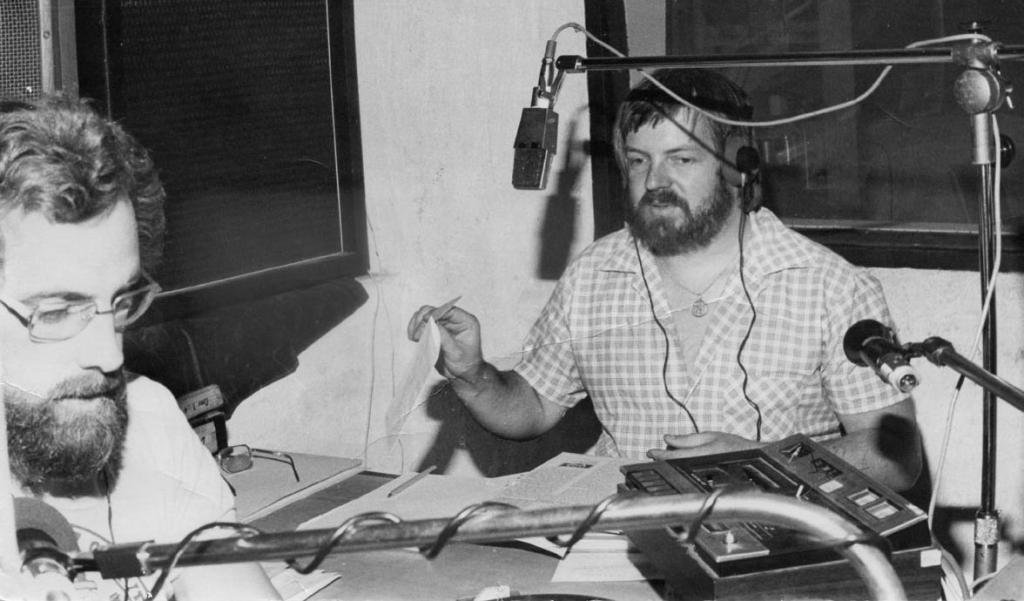 The month of October this year will mark forty years of Jazz on a Saturday. On 2 October 1976 in 3CR’s first studio off High Street in Armadale, Roger Beilby and John Smyth faced each other across the Studio 2 panel (handmade from discarded ABC equipment) for the first edition of Jazz on a Saturday, presented then as now on behalf of the Victorian Jazz Club. Join the program’s presenters at a small public celebration held at 7.30pm THIS Wednesday 19 October at the Victorian Jazz Club’s monthly night at the East Malvern RSL. By happy coincidence, the band playing that night will be Radio Days. Supporters of the program are welcome to attend to help celebrate the anniversary in true jazz style.

The 3CR signal barely made it to the limit of its 16 kilometre coverage limit then imposed by its licence, but the program received an enthusiastic response from the Melbourne audience, making a change from its regular Saturday afternoon choice of either football or Top 40.  The program remains one of the most popular on the 3CR program schedule.

The program has chosen to celebrate this achievement during its program 4pm – 5.30pm on 8 October, and will feature a selection of the music and voices of people (maybe even listeners) heard across four decades of broadcasting, including reflections on the changes in Melbourne’s jazz and radio scenes.

Still behind the mic after a span of forty years, Roger and John, still regularly present (with the addition of John Trudinger and Geoff Tobin to the presenters roster) what is now Australia’s longest continuously running jazz program on radio. Same station, same time, same presenters - even the same program name. They are happy to keep doing so as long as the listeners want them to. Call 3CR 03 9419 8377 for more info, or the Jazz Club to book tickets 9874 8870.