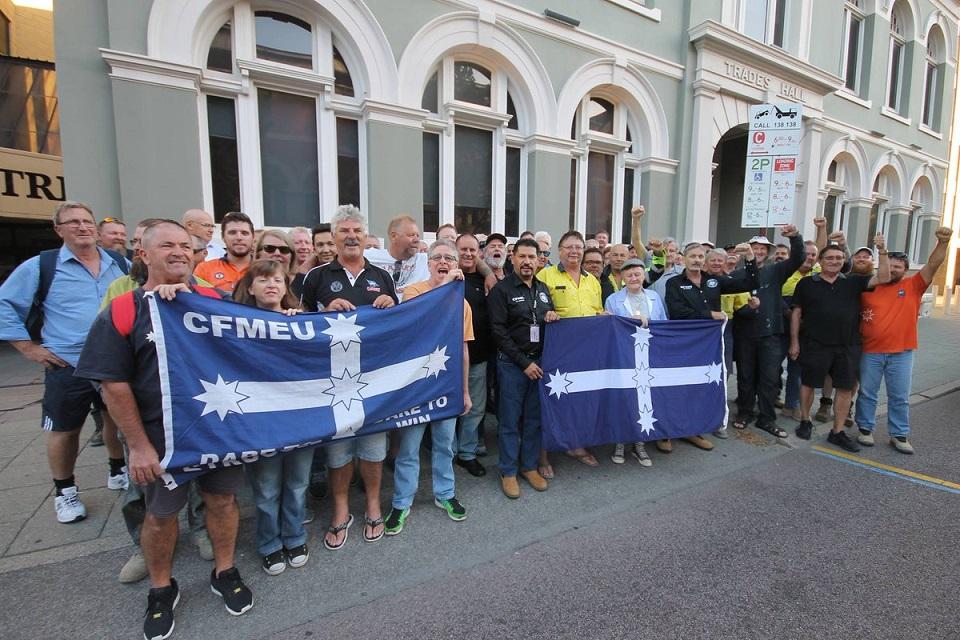 The Turnbull Government’s building industry attack dog has issued new Building Code rules that specifically ban the Eureka Flag from being displayed on a building site. In addition to banning the flag they have also banned putting stickers on hard hats. If an employer breaches the Code, they are ineligible to compete for Government work. Our station affiliate the CFMEU (Building Union Division) has launched a campaign to Break the Ban on flying the Eureka Flag. You can pick up free Break the Ban campaign stickers from 3CR office at 21 Smith Street Fitzroy during business hours. Listen to Concrete Gang to hear the latest updates on the campaign here.