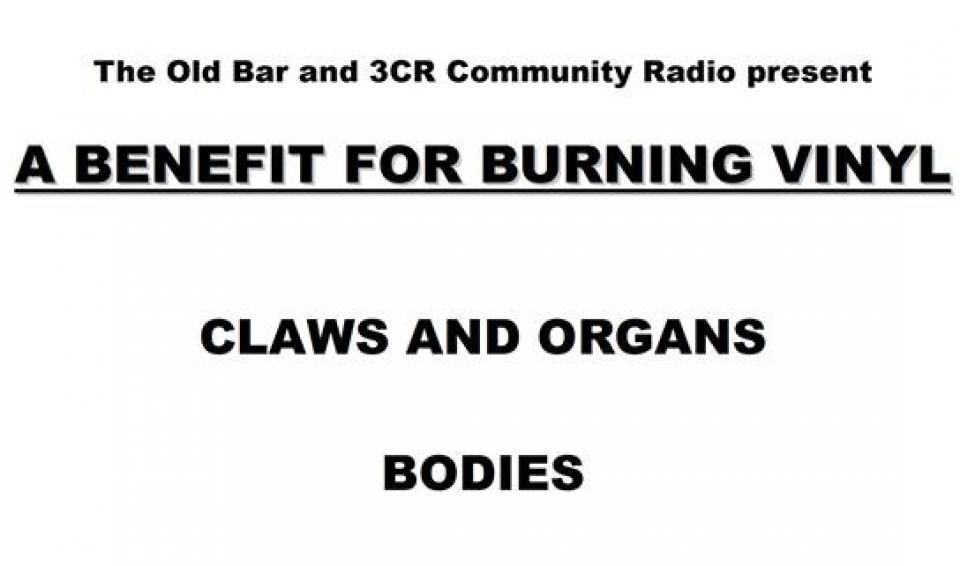 The Old Bar's very own doorman Matt Gleeson has been doing his radio show Burning Vinyl on Fridays 2pm - 4pm for over 15 years now and June is when he's gotta raise some cash to stay on the airwaves. He's made half of what he needs and hopefully we can get him over the edge with this fundraiser show. Matt is at the Oldie pretty much every night of the year seeing every band that plays there. So he very well may be the person who sees more live music than anyone else in Melbourne. He's seen all your bands and probably played them on his show. Come down and help us keep him on air. This Tuesday 26 June at the Old Bar 74-76 Johnston Street, Fitzroy. Claws and Organs, Bodies, Noughts, and Claire Birchall.