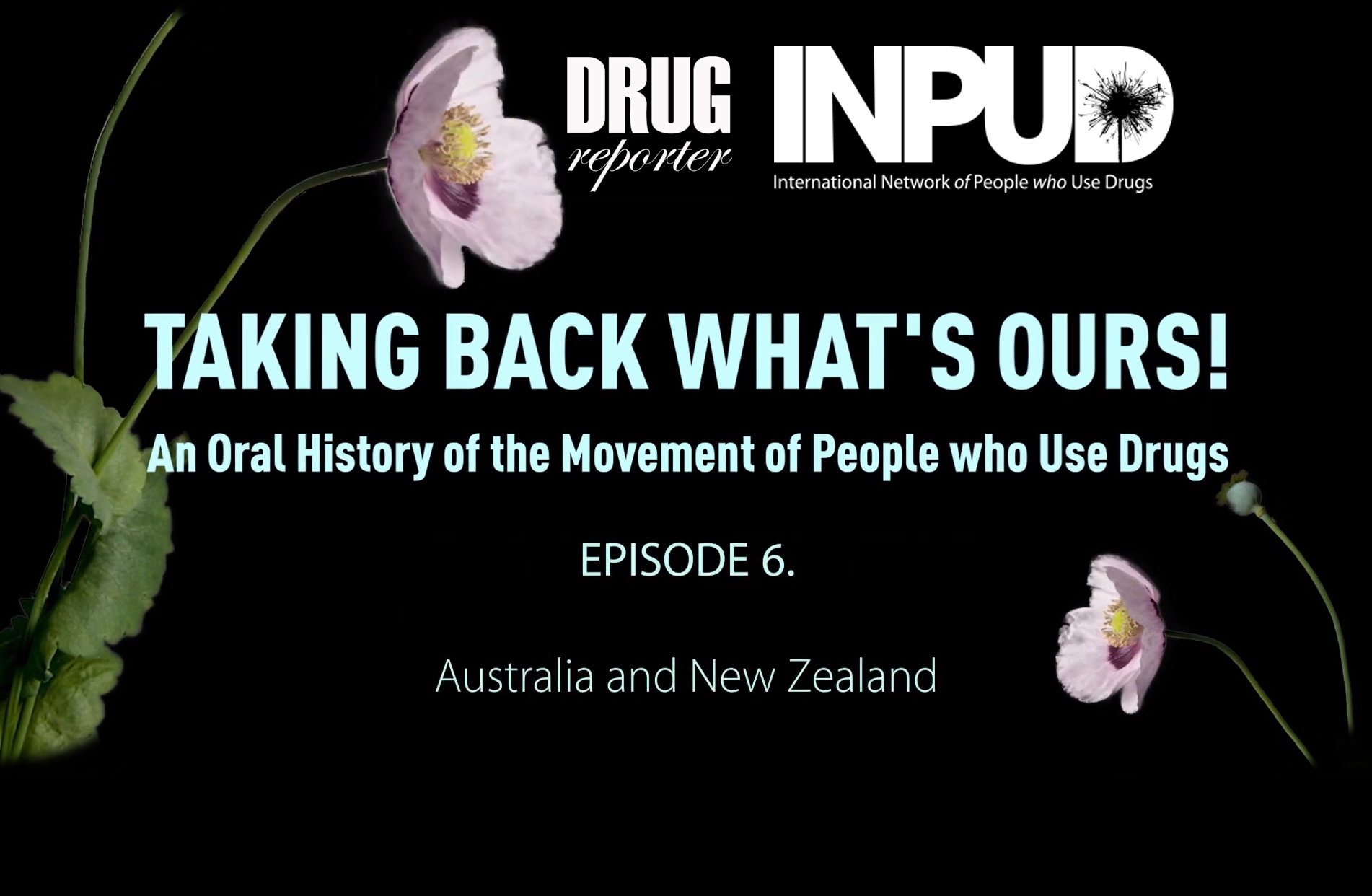 Jack Revell from Drugswrap talks the week in drug news with us.

Taking Back What's Ours! An oral history of the movement of people who use drugs

In this episode of the oral history of the movement of people who use drugs, we learn about the successes and challanges in Australia, from four veterans of the user movement.

The history of the movement of people who use drugs in Australia is a long and rich one. It is one of the few countries that has funded user organisations for over 30 years now.

In this episode of our series, four veterans of the user movement in Australia tell us the oral history of the movement. Jude Byrne from the Australian Injecting and Illicit Drug Users League (AIVL), Annie Madden and Charles Henderson from the New South Wales Users and AIDS Association (NUAA) and Geoffrey Ward from the Canberra Alliance for Harm Minimisation and Advocacy (CAHMA).

In the 80s when HIV appeared among people who inject drugs, the Australian government wisely responded by involving injecting drug users into designing and implementing the response. This approach resulted in minimising HIV infections among users in the Country. The Activists successfully advocated for the opening of medically supervised injecting rooms, first in Sydney and recently in Melbourne. Naloxone distribution is run by the user groups as well.

Despite their successes, their work is far from being done. They tirelessly fight to end prohibition and the harms arising from it: the drug testing at dance festivals, which results in the death of young people, because out of fear of being caught, they swallow their week's dose of drug; the drug testing of drivers for cannabis, when your license is taken away if you test positive, even though you used days before; or the removal of children from their drug using mothers, regardless of how she treats her child.

In this episode we also learn about how New Zealand successfully responded to the HIV epidemic by being one of the first countries to have a national needle and syringe exchange program.