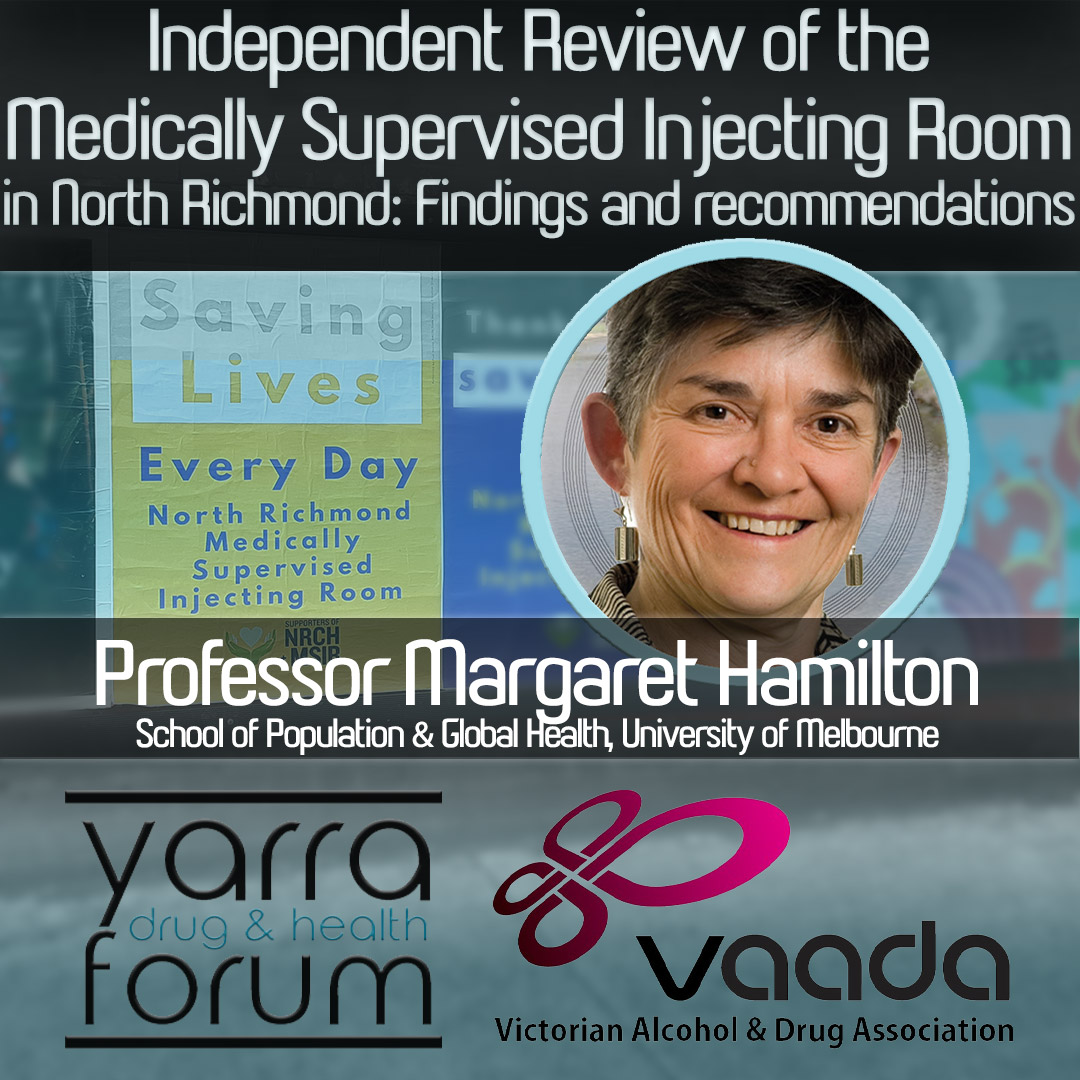 Professor Hamilton has 50 years’ experience in the alcohol and other drug field including clinical work, education, research and policy development. She holds an honorary position as Professor of Public Health in the School of Population & Global Health, University of Melbourne.

Her work has included founding Director of Turning Point Alcohol and Drug Centre , Chair of the Victorian Multiple and Complex Needs Panel and she served as an Executive member of the Australian National Council on Drugs for over 12 years, was on the Prime Minister’s Council on Homelessness for 3 years, President of Cancer Council Vic., and a member of board of VicHealth, Chair of the Advisory Committee for the Centre for Alcohol Policy Studies at LaTrobe Uni as well as other roles in many drug and alcohol organisations, and national and international bodies.

Co-sponsored by the Yarra Drug and Health Forum and VAADA , this online event took place on Monday 3 August from 12:30-2:00pm

Yarra Drug and Health Forum has been a long-time advocate for the establishment of the Medically Supervised Injecting room (MSIR) in North Richmond as a strongly evidenced , high impact strategy to prevent overdose deaths and reduce street based injecting, in a neighbourhood that has hosted a long established heroin drug market for many years.

Over the first 18 months of operation , the MSIR has responded to 2,657 overdose events, and is estimated to have prevented between 21 and 27 deaths.