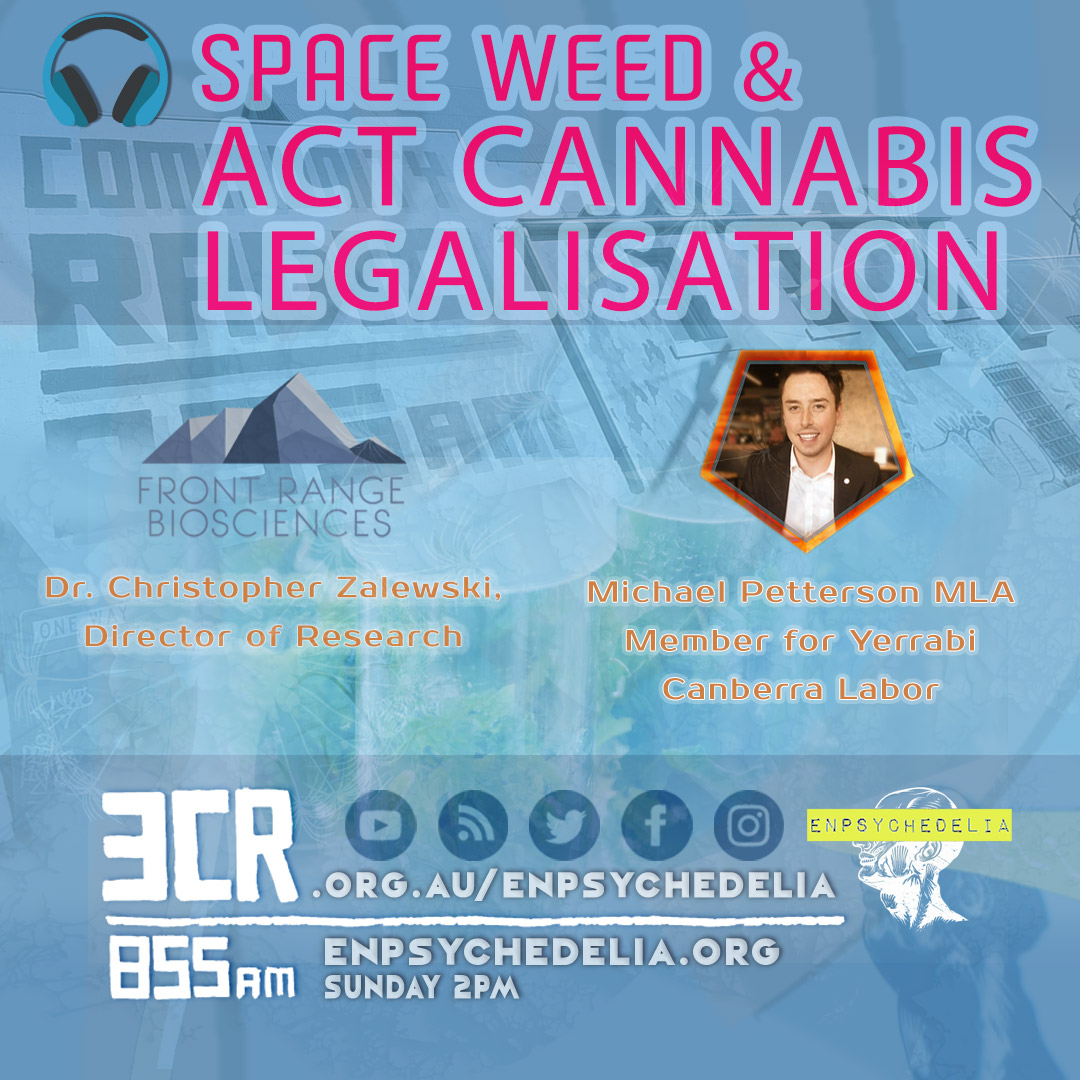 In this edition of Enpsychedelia:

Front Range Biosciences® (FRB), an agricultural technology company focused on breeding and nursery production of new plant varieties and seeds for the hemp and coffee industries, today announced that its mission to transport plant cultures to space to examine the effects of zero gravity on plant gene expression is scheduled to launch this evening at the Kennedy Space Center. In partnership with SpaceCells USA Inc. and BioServe Space Technologies at the University of Colorado Boulder, FRB's coffee and hemp cell cultures will be delivered to the International Space Station (ISS) on the SpaceX CRS-20 cargo flight slated to depart today at 4:50 a.m. UTC, weather permitting.

Michael was integral in getting this change in place. It is a small step, so we talk to Michael about exactly what it does and doesn't allow.

The Conversation - ACT cannabis laws come into effect on Friday, but they may not be what you hoped for

The new laws will allow territory residents aged 18 or older to grow cannabis plants at home. There will be a limit of two plants per person and four per household. And each person will be allowed to be in possession of no more than 50 grams of dried cannabis.

Cannabis plants can only be cultivated on private properties. And only by people who usually live there.

Ash chats with Cryptoanarchist and quanatum computer scientist Dr. Peter Rohde on the state of medical cannabis in Australia.

Blog - MEDICAL MARIJUANA IN AUSTRALIA IS A SCAM

When I was in Switzerland last year climbing in the Alps, I noticed that CBD (the marijuana extract, Cannabidiol) was available over the counter in pharmacies, without a script. I’d been wanting to test out CBD for a long time, given its reputation in assisting with improving sleep cycles, and alleviating symptoms of anxiety, depression and mood disorders, without the medical side effects of prescription meds, such as benzos (liable to cause tolerance, addiction, and subsequent withdrawal) or SSRIs (which have countless side effects, including rapid weight change and loss of sleep), both of which I have used in the past, but want to avoid as much as conceivably possible.