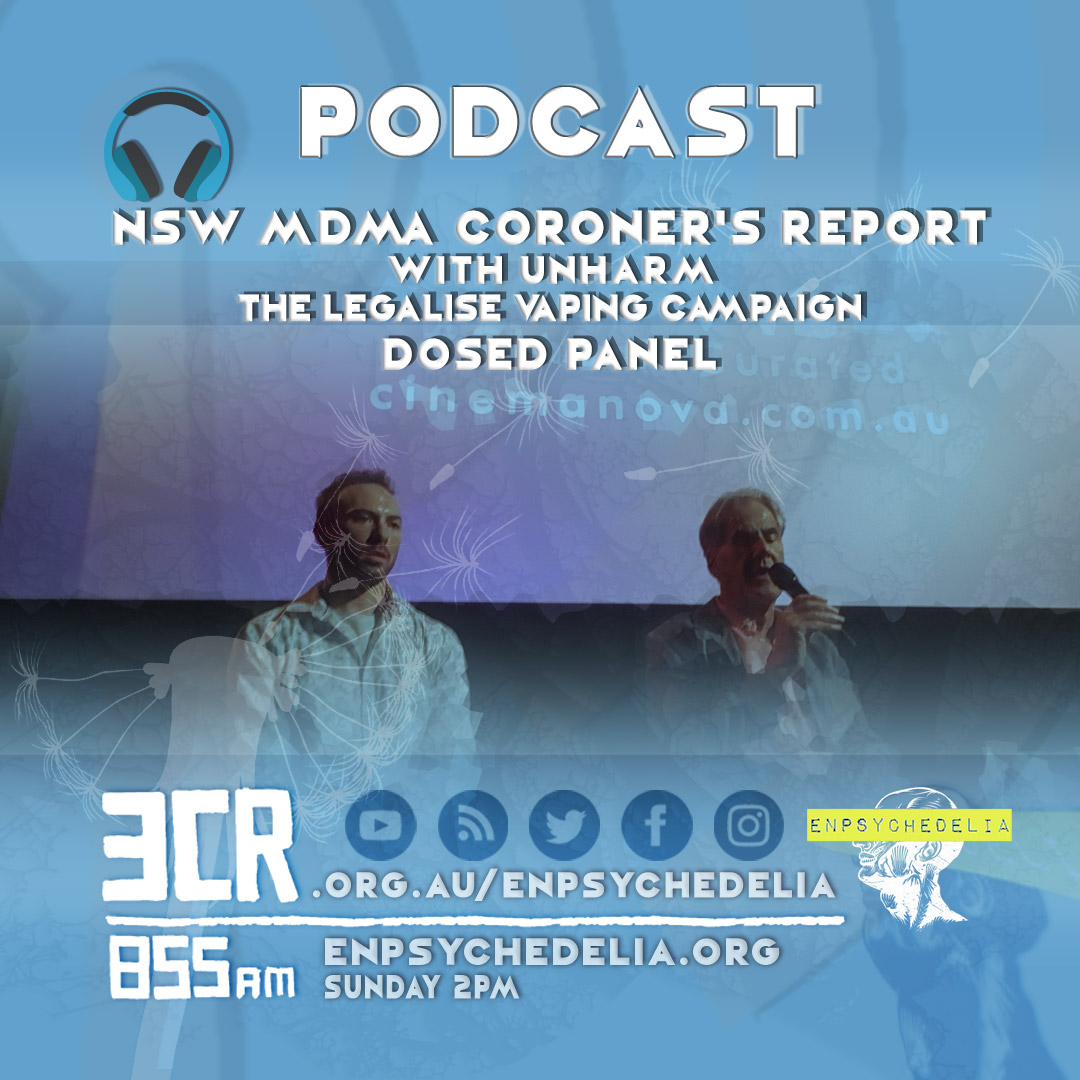 Every week Nick and Ash start the show with a chat about what's been in the news locally and internationally for drug policy.

Brian Marlow talks about why vaping of nicotine has become such a vexxed issue in Australia and the campaign to change that.

"PROTEST ALL DAY, PARTY ALL NIGHT": HOW RAVE IS UNITING THE LEBANESE REBELLION - Mixmag

This panel was held at Cinema Nova in Melbourne on Wednesday the 28th of August 2019. It followed a screening of the movie Dosed Panel hosted by Cam Duffy from the Australian Psychedelic Society, with panelists: