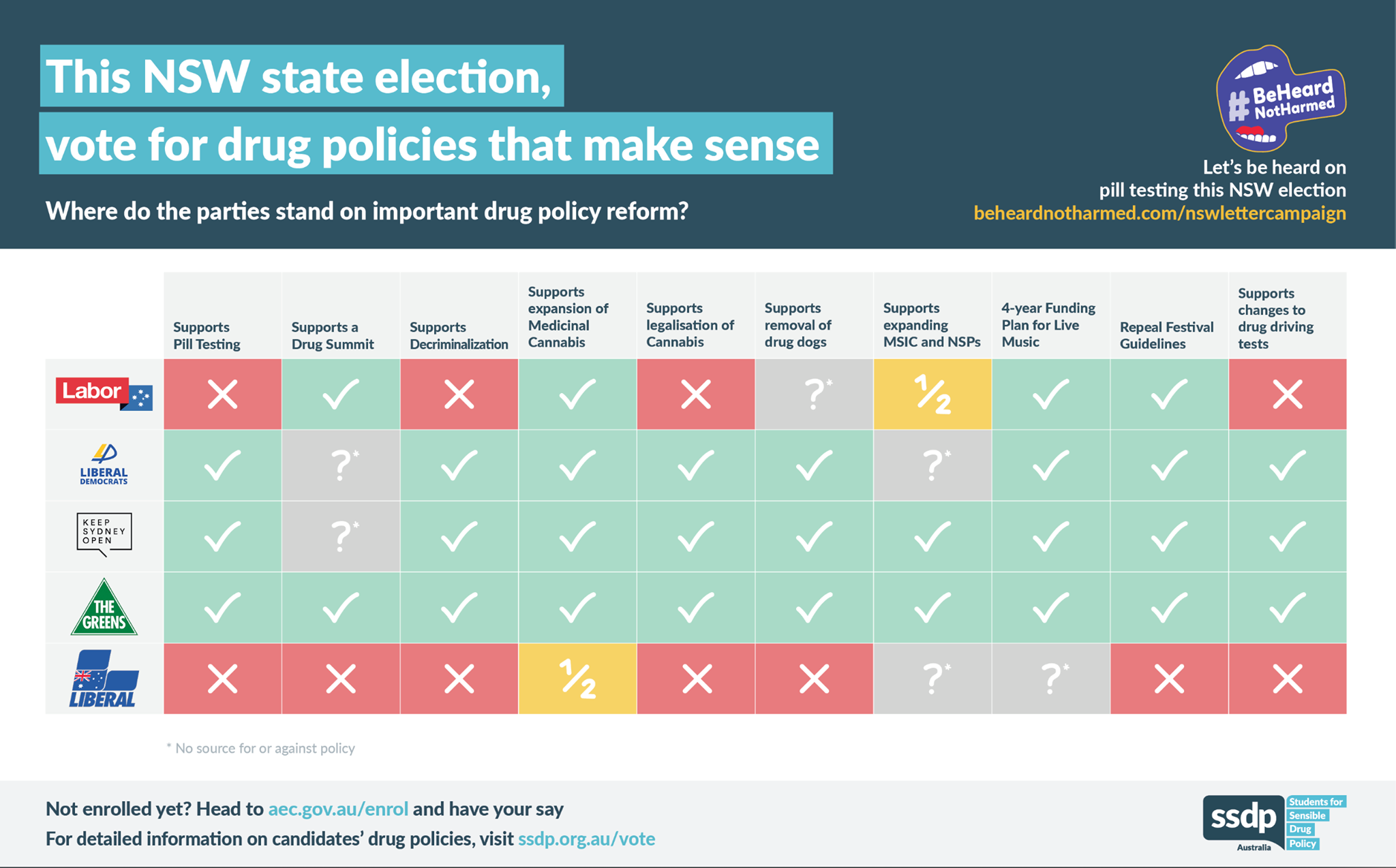 The NSW state election on on Saturday the 23rd of March 2019.

Nick is joined by Emily Blatchford, a researcher of alcohol and other drugs and treasurer of Students for Sensible Drug Policy Australia.

SSDP have prepared this scorecard for a selection of NSW political parties contesting the upcoming election. We spoke with candidates from The Greens and Keep Sydney Open.

David Shoebridge is an environmental and social justice activist and former industrial law barrister. He has been a Greens member of the New South Wales Legislative Council since September 2010 and will be recontesting his seat at the NSW state election.

Tyson Koh is from the Keep Sydney Open party, a political party that began because they weren't being heard. When night-time safety was a headline story, they saw it as an opportunity to build an even more vibrant and inclusive nightlife, supported by 24-hour transport, smarter policing and better services. This would have enabled NSW culture and economy to grow while making the city safer. Instead, NSW got lockout laws. READ MORE...