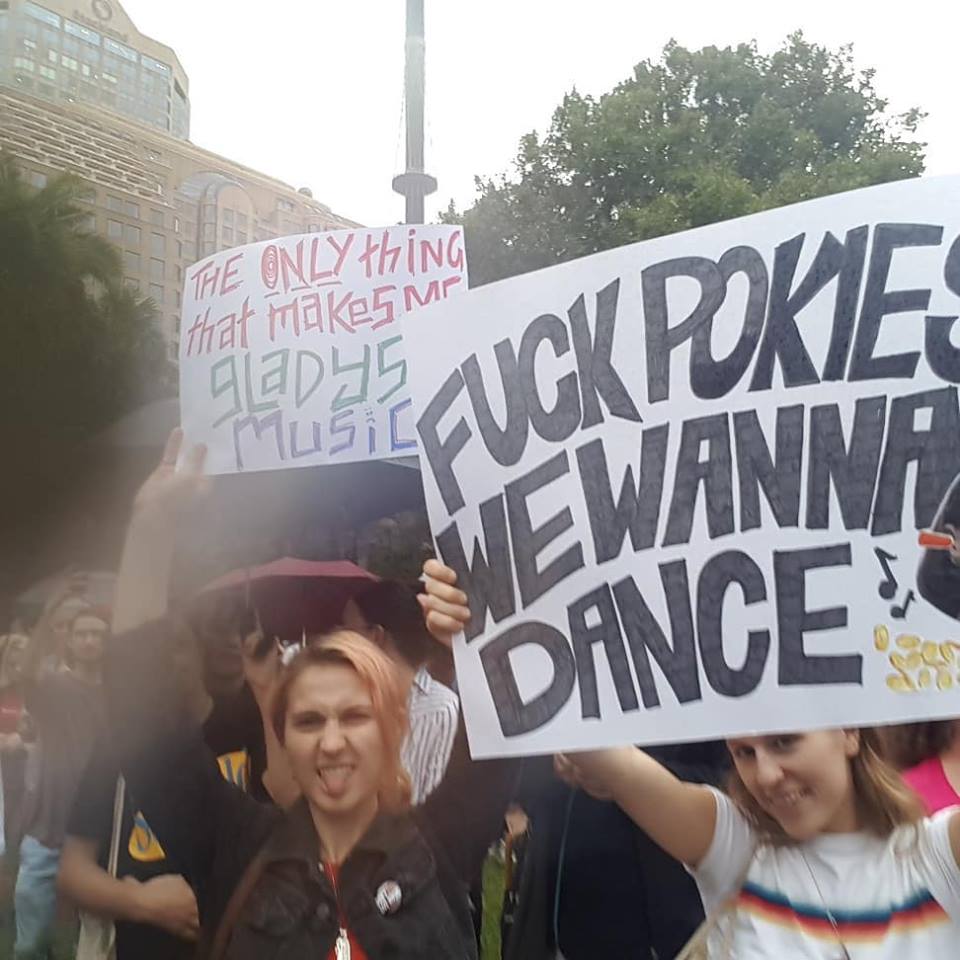 Nick and Ash discuss the week in news, policy and events.

Overbearing regulation, exorbitant police bills, a lack of respect for NSW businesses, and very little recognition of the significant positive impacts of music on our communities is forcing music out of NSW. The State Government has declared war on music and culture in NSW, proclaiming that music and music festivals are high-risk activities.

Music is being killed off by Premier Berejiklian and the LNP. Festivals are being forced to cancel or move interstate.

The NSW State Government is vilifying live music with knee-jerk regulation (more details here). Instead of consulting with festival experts, the NSW Government imposed punitive regulation that specifically targets music festivals and music fans. Festivals are being used as a scapegoat for years of failed drug and alcohol policy.

The Saturday after DKLM in Sydney, Ash attended the City Rave Protest in Carlton Gardens, Melbourne.

Five young Australians have died in the last five months.
In 2017, Seven young Australians died of drug related causes.
Sniffer dogs at events has not worked to save these lives.
The set up of road blocks at events has not decreased the amount of people taking drugs.
Banning drugs and criminalising drug users will not help those families who have lost loved ones.
Safety programs have worked in the past with speeding, seat belts, pedestrian safety. Why don’t the government think Pill Testing will minimise harm in this instance?
It's time to tell the Government this is not working.
BRING PILL TESTING IN…SAFETY FIRST ALWAYS
The Melbourne Dance Community want action and we want it now!