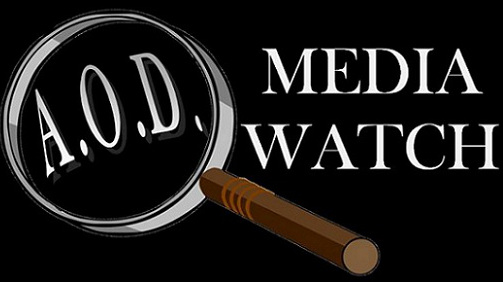 Nick and Ash discuss the week in drug news.

Dr. Stephen Bright joins the program to discuss some of the issues AOD Media Watch have been keeping their eye on.

Dr. Bright and a number of contributors to the project have written pieces to combat some of the poor reporting by media, as well as developing guidelines for journalists to look at for more ethical reporting on drug stories.

How journalists can help

Seek informed comment – always seek the right expert to provide input into a story, particularly when a source is making a claim of imminent threat to public safety, advocating for ‘hardline’ approaches or targeting already stigmatised groups with negative commentary. Alcohol and Other Drug (AOD) Media Watch is happy to help journalists connect with a range of experts and there are many.

Be wary of simplistic arguments – the issues contributing to Alcohol and Other Drug (AOD) use are complex and interrelated. Simple ‘solutions’ are typically based on a lack of information about the issues and evidence on effective responses.

Recognise the humanity of your subjects – stigma flourishes where people are encouraged to see people who use Alcohol and Other Drug (AOD) as somehow different (or inferior) to the rest of the community. Only a small proportion of people experience extreme adverse effects from drugs, but when the community only see these extreme stories stigma develops. Even people who use drugs take on these messages and this has been found to be a barrier to such people accessing AOD treatment in addition to other healthcare services. Encourage your audience to recognise the humanity of those experiencing AOD dependence instead.

Avoid use of stigmatising language – this includes selection of headlines. Write with an awareness that people who use (especially illicit) drugs face prejudice and discrimination that makes it harder for then to seek help. The potential benefits of many well-written articles have been undermined by stigmatising headlines. Avoid the use of derogatory terms such as addict, junkie, drug abuse, drug abuser, and use ‘person first’ language as much as possible (eg ‘people who use drugs’ rather than ‘drug users’) because this reduces stigma. Try to develop headlines that can still grab attention without relying on stereotypes that perpetuate .

Consider alternative ways to tell a story – personal narratives are usually seen as essential for telling a story, but the potential implications for people who share their story can be severe and long-lasting. Given the stigmatisation of people who use AOD, it takes courage for people to identify themselves publicly through media coverage.

Provide a reasonable timeframe – fear of being splashed over the front page or the nightly news is a major barrier to potential involvement of people with lived experience of AOD use in your story. Seeking a same-day response provides people with no time to consider the implications of being involved in your story or seek clarification of what will be involved.  The more lead time (and opportunities for sources to ask questions) you provide, the better.

Respect your sources – when you do have someone willing to share their story, provide them with an opportunity to review the content of your story before publication. Given the potential personal impacts for them, they should have the right to know what will be published and to correct anything that is factually incorrect or taken out of context. Alternatively, you might like to use one of the prerecorded interviews that fits with your story from Lives of Substances as a way to avoid exploiting people who use drugs.

Other things to consider:

Ask is drug use relevant to the story

Emphasise that treatment is available and works where possible

Be sensitive when using photographs

Mixing up decriminalisation and legalisation

Matt Riley from the Free Cannabis Community Victoria joins the program to talk about the regular picnics in Flagstaff Gardens, plans to setup a cannabis community centre in Melbourne's inner north and the upcoming 420 picnic on April 20th.