Trumped up charges in the Philippines

An interview with Kara Taggaoa, International Officer for the Kilusang Mayo Uno and one of the people arrested on trumped up charges and released on bail.

Asia Pacific Currents provides updates of labour struggles and campaigns from the Asia Pacific region. It is produced by Australia Asia Worker Links, in the studio of 3CR Radio in Melbourne, Australia. 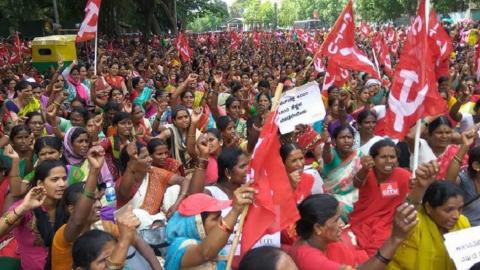 More on the anniversary of the Dili Massacre