16 Days of Action against Gender-Based Violence 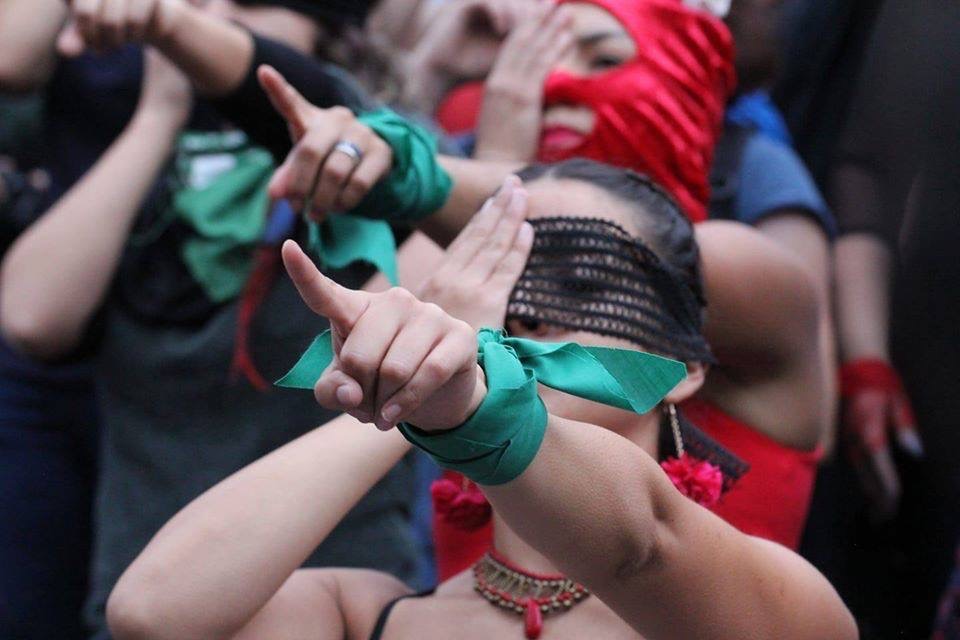 6.30pm Behind Closed Doors explores the importance of 16 Days of Activism and what we can do to raise awareness and become an active bystander. Hosts Kitty, Sassy and Dean talk about their experiences.  Listen.

Friday 27 November
7am Green Left Weekly Radio Green Left Radio, in the lead up to Human Rights Day 2020, as part of the annual 16 Days of Activism against Gender-Based Violence will be having a special discussion on Sexism, Misogyny and Workplace Rights featuring long-time feminist, socialist and teacher union activist Mary Merkenich with Green Left host Chloe DS and Jacob Andrewartha.

Saturday 28 November
7.30am Solidarity Breakfast - 8am - Leah Ward from Slutwalk Collective about the Slutwalk 2020 Special Broadcast and the documentary she is making to celebrate 10 years of Slutwalk.

Sunday 29 November
1pm Slutwalk 2020 Special Broadcast This year the annual Slutwalk will be broadcast. Turn it up loud and let the speeches fill the streets.  Let the world know, even in a pandemic, we will not be silenced.  Rape by definition cannot be asked for.

3pm Queering the Air: Michele Vescio and Niveen Abdelatty speak with Forcibly Displaced People Network's Co-founder and Chair Tina Dixson and Board member Lavanya Kala, about queer women from migrant, refugee, and asylum seeker backgrounds experiencing gendered violence, their extensive advocacy work with forcibly displaced people, migration, human rights, and gender equity issues, and how to support women and girls experiencing all forms of violence in the context of the 16 Days of Activism.  Listen.

Monday 30 November
7am Monday Breakfast  Claudia talks to RMIT Research Fellow Dr Jenny Kennedy about her book “The Smart Wife” (co-authored with Yolande Strengers) and the troubling gender effects of digital home devices such as Siri and Alexa and speaks with Egyptian-born social commentator, journalist and self-described anarchist Mona Eltahawy about anger, resistance and the global feminist movement. Alice speaks with Diana Sayed, CEO of the Australian Muslim Women's Centre for Human Rights about the AMWCHR as well as the 16 Days of Action against Gender Based Violence. We revisit the speech given by Aaminah Kahn during the Slutwalk Broadcast, critiquing "need" as its used as an excuse by abusive men.  Listen.

Tuesday 1 December
7am Tuesday Breakfast Media reporting on Gender Based Violence (GBV) with @ginarush, how keeping WOC at the centre of movements will make or break the Biden years, #transdemic audio b/c GBV doesn’t just affect cis women with @clarecorbould

8.30am Accent of Women To coincide with the United Nation’s 16 Days of Activism against Gender-Based violence from 25 November to 10 December, today’s Accent of Women, and next week’s focuses on this issue. To kick off, we focus on the Australian union movement’s 16 Days of Activism against Gender-Based violence. We’ll speak with Lisa Zanatta, women’s officer at the CFMEU, General and Construction Division in Victoria, and Pia Cerveri, women’s officer at Victoria Trades Hall Council.

Wednesday 2 December
7am Wednesday Breakfast - Tackling COVID’s ‘shadow pandemic’ and its impact on people with a disability. Today we discuss a new study looking into experiences of women and men living with a disability in South Sulawesi, Indonesia with Associate Professor Becky Batagol from Monash University’s Law & Sustainable Development Institute and Dr Claire Spivakovsky Senior Lecturer In Criminology Social And Political Sciences from Melbourne University.

Women's Disability Victoria Chief executive Leah Von Poppel also joins us to discuss the intersection or "double disadvantage" that many women with disabilties experience. Within the conversation we touch on upcoming workshops at WDV, gendered violence, the royal commission into violence, abuse, neglect and exploitation of people with disability.

8.30am Stick Together  On this program Annie speaks with Mich-Elle Meyers National Women's Liaison Officer at the Maritime Union of Australia the MUA about their commitment to stop gendered violence in the work place.  Listen.

Thursday 3 December
9.30am Raising Our Voices Gender based Violence and People with a Disability.  Produced and presented by people with disabilities this episode features Jane Rosengrave, Lisa Brumtis and Bronwyn Trickett discussing gender based violence, domestic violence and cyber bullying on a global scale, what the statistics say and how far we have come in the last 30 - 50 years.  This program is part of 'Imagining Disability Justice' - a 12-hour radio broadcast event on International Day of People with a Disability (IDPwD). 7am-7pm on Thursday 3 December.

Friday 4 December
10am Think Again  Jacques and Jennifer talk about the widespread crisis of violence against women – where it comes from and whom it serves.  They look at how we can move to a world of co-caring, gender equality and respectful, violence-free relationships.  Listen.

4pm In Ya Face Gender and safety in LGBTIQA+ communities with James McKenzie. In this episode Libby Jamieson speaks wirth James about violence in queer and gender diverse relationships and systemic issues, and non-binary person and education researcher Rick Spencer joins the program to speak about violence, bullying, erasure and discrimination towards gender diverse teachers. Listen.

Saturday 5 December
10am The Radioactive Show The UN Treaty on the Prohibition of Nuclear Weapons recognises that nuclear weapons have a disproportionate impact on women and girls. We discuss with Marianne Hanson University of QLD and Dimity Hawkins from the International Campaign to Abolish Nuclear Weapons.  Listen.

10am She Bop Yvette speaks with Deb Smith from feminist activist group Destroy the Joint about their register Counting Dead Women, a femicide census counting violent deaths of women in Australia.

Tuesday 8 December
7am Tuesday Breakfast features the award winning QR Code. George Maxwell explores the topic of intimate partner violence in queer relationships with people who've experienced it, and discuss the additional challenges queer people face in recognising abuse and seeking support, community accountability, and what can healthy relationships look like - with Laura McLean, a Wiradjuri woman and union organiser, Shamini, a worker in the LGBTIQA+ family violence sector, and Libby Jamieson, Teleweb Manager at Switchboard.

8.30am Accent of Women To coincide with the United Nation’s 16 Days of Activism against Gender-Based violence from 25 November to 10 December, today’s Accent of Women focuses on this issue.

Wednesday 9 December
6.00pm Raising Our Voices Gender based Violence and People with a Disability.  Produced and presented by people with disabilities this episode features Jane Rosengrave, Lisa Brumtis and Bronwyn Trickett discussing gender based violence, domestic violence and cyber bullying on a global scale, what the statistics say and how far we have come in the last 30 - 50 years.

Thursday 10 December Human Rights Day
8:00am Thursday Breakfast is joined by Keith Quayle to discuss the campaign to remove police and corrective services officers from the Sydney Mardi Gras parade in solidarity with #BLM, why cops in uniform have no place at Mardi Gras, and about the ongoing community resistance to corporations and state operators involvement in the event. Keith Quayle is a Malyangapa/Barkindji gay man raised on Dharug country. He is the founder of NSW Community Advocates for Prisoners and is currently on the Trans and Gender Diverse Criminal Justice System Advisory Council and the Prisoner Interagency Advocacy sub-committees. He is a member of Pride in Protest, SWOP and Sydney Gay and Lesbian Mardi Gras Members Committee.

4.30pm  Yeah Nah Pasaran  For human rights day we'll be speaking with Greta Jasser, a fellow at the Institute for Research on Male Supremacism, about the relationship between the far-Right, misogyny & gendered violence.

5pm Global Intifada  Womens struggles around the world with revolutionary and protest music.

16 Day Events around the World: https://16dayscampaign.org/16-days-around-the-world-map/

The campaign to bring Assange home is on tour from Melbourne to Canberra during February & March 2021.